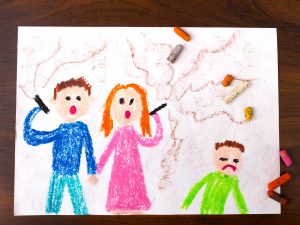 DECIPHer has worked closely with the Welsh Government on reducing the harm caused to children by secondhand tobacco smoke.

Wales was the first UK country to propose legislation against smoking in public places, and in 2007, banned smoking in public spaces such as bars and restaurants. Smoke-free legislation faced opposition from campaigners arguing for the right to smoke. They claimed that legislation would harm children, as parents would smoke at home instead. Surveys conducted by DECIPHer in the Childhood Exposure to Tobacco Smoke (CHETS) study showed that this was unfounded. Instead, children’s exposure to secondhand tobacco smoke (also known as ‘passive smoking’) fell.

However, CHETS found that a large proportion of children continued to be exposed to passive smoke. This was most common for children with a parent who smoked, and children from poorer families. The continued presence of passive smoking in homes and family cars means these ‘private’ spaces are central to limiting children’s exposure to passive smoke.

Further DECIPHer research investigated how smoking in cars and homes has changed in recent years. The CHETS II study found that smoking in homes and cars fell substantially from 2008 to 2013, and there seems to be an increasing tendency for smoking in front of children to be seen as unacceptable. However, a substantial proportion of children are still exposed to passive smoking in cars, and this was twice as likely for children from the poorest families compared to those from the most affluent families.

This research highlighted the continued harm to children caused by exposure to smoke in cars. As argued by the lead researcher Dr. Graham Moore in an article in The Conversation,

“If you take the view that private behaviours should not be regulated unless they are causing significant harm to others, arguments about the rights of the smoker are easily countered by the child’s right to breathe clean air.”

Informed in part by this research, the Welsh Government announced the introduction of a ban on smoking in cars carrying children. In addition to the effect on individuals’ smoking behaviours, this legislation marks a clear symbolic step in support of the view that smoking in cars with children is not acceptable. This research hence has implications for social norms around the acceptability of smoking in front of children, both directly through the research findings and subsequent discussion, and indirectly by influencing legislation.