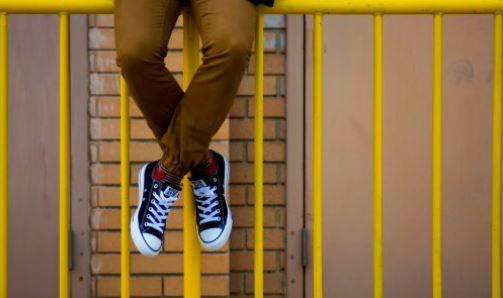 The survey of school students aged 11 to 16 shows young people in residential care had the lowest mental wellbeing score, more than half (56%) had been exposed to bullying recently and nearly three quarters (74%) were involved in fighting in the past year. This group also had less positive feelings about school. These factors have been shown to be associated with risk of substance misuse.

Professor Simon Murphy, of the Centre for the Development and Evaluation of Complex Interventions for Public Health Improvement (DECIPHer), said: “The most striking findings from this study are the disadvantages young people in residential care face compared to those elsewhere in the care system and in stark contrast to those living outside it.

“Although those in residential care fare the worst, we can see young people who are classed as ‘looked after’ in any form consistently experience worse outcomes in their lives. This in turn can affect their journey into adulthood.”

Data for the study were gathered from 85,000 students aged 11 to 16, who completed questions as part of the School Health Research Network (SHRN) Student Health and Wellbeing Survey, the largest survey of its kind in the UK. Currently 210 schools in Wales are part of the network. Students who took part were separated into four categories – those not in care, in foster care, residential care or kinship care – where they are placed with another family member.

Professor Murphy added: “These findings demonstrate that the Welsh Government should be examining this problem further and considering ways in which improvements for those in care could be achieved.”

The School Health Research Network (SHRN) was established in 2013 and is led by DECIPHer. It is a partnership between Cardiff University, Welsh Government, Public Health Wales, Cancer Research UK and the Wales Institute of Social and Economic Research Data and Methods (WISERD).

This press release originally featured on the Cardiff University website. The SHRN national briefing paper can be found here: http://www.shrn.org.uk/national-data/